EFT is a Simple Technique to Deal with Trauma

Recent years have seen the development of a family of therapies that offer clinically effective alternatives to traditional, long-term treatments. These Power Therapies only require one to three sessions, but the results are usually permanent. Each of them provides noticeable relief from negative emotions, pain, and trauma by “rewiring neural pathways” in the brain.

It doesn’t matter whether the pain suffered is physical or emotional. These methods bring relief from fears and traumas such as: phobias, depression, grief, rape, natural disasters, crime, childhood sexual abuse, and post traumatic stress. Although their methods differ from each other in emphasis and approach, Power Therapies all work by interrupting old habits and reflexes that were established around the painful incidents.

Painful reactions are replaced with non-distressful ones. These methods work by triggering brain activity below the level of conscious control. Emotional intensity also goes down. Relieving lifelong problems in moments seem to defy logic. But a body of documented scientific studies prove the benefits are real. Fortunately, a person doesn’t have to believe in these techniques for them to work.

How does EFT work?

It doesn’t matter whether their pain results from something recent or from long ago. Or whether or not the cause is known. EFT (Emotional Freedom Therapy) works on both the emotional level and the physical level. The mind focuses on the pain or problem at the same time that another response is introduced, whereby a neutral response replaces a painful one.

Everyone suffers from self-limiting fears to some extent. But some people are paralyzed by them. From my experience, the most powerful fears are the unconscious ones. During the tapping sequence with my clients, after one fear gets cleared, another one comes up to be healed.

Once people learn how the tapping is done, it’s simple enough for them to use on themselves whenever they sense fear or pain. Find more information at my website, or at Gary Craig’s extensive EFT website, http://www.emofree.com He offers a free, downloadable instruction manual on that site, with tons of how-to and case studies.

It was developed by Gary Craig, who simplified Roger Callahan’s revolutionary Thought Field Therapy (TFT). TFT therapists follow complex tapping sequences (protocols) for numerous symptom categories. By contrast, EFT taps on the same meridian points on the face and body for every problem.

Rather than focusing on the traumatic memories (as with most talk-it-out therapies), EFT addresses the true cause, the disruption of the body’s energy system. It’s unnecessary for a person to relive the painful memories.

EFT Tapping works directly on the energy points (meridian system) of the body. Like acupuncture, relief comes (in part) from stimulating the meridians. Only, instead of needles, the person’s meridians are tapped with the fingers. Whether EFT is performed by a therapist or self-applied, over 80 percent of people achieve noticeable improvement or complete cessation of the problem, through EFT Tapping Points.

EFT Applies the Same Steps to Any Negative Emotion

Craig’s system is based on the concept, “The cause of all negative emotions is a disruption in the body’s energy system.” He reasons, since every negative emotion has the same cause (an electrical disruption – a “zzzzzt”) they can all be relieved in a similar manner. It’s unnecessary to focus on diagnosis (or delve into the old wounds) to be successful with EFT.

Each element must be performed precisely as described, and in the proper order. Every  round of tapping takes about one minute. Tapping can be done by either hand, on either side of the body. Tap solidly with the index and middle finger on the each tapping point about seven times.

The Basic Recipe Starts with the Setup

The person starts by identifying their fear, negative emotion, or trauma.

Fill in the blank with a short phrase about the problem being addressed, for example: “anger toward my father” or “nightmares.” Sometimes a person can’t “accept themselves,” so we might tap on just that at first – as in, “Even though I can’t accept myself for this and I hate myself right now, I am willing to be willing to accept myself.”

Repeat the statement out loud three times, while simultaneously tapping the “karate chop” point on the side of the hand (or two specific points on the chest). The “karate chop” point (abbreviated KC) is located at the side of the hand about an inch below the baby finger. Vigorously tap the point with the fingertips of the index finger and middle finger of the other hand. While either hand will work, it’s usually most convenient to tap the KC of the non-dominant hand with the fingers of the dominant hand.

This is followed by the Sequence of tapping again. Modify the Setup statement, based on the new issue(s) that might present itself. Then tap another round. Do as many rounds as necessary until the problem is gone. That may require several sessions.

Example of a Client Session

For my clients, I combine EFT with hypnosis and EMDR (Eye Movement Desensitization and Reprocessing – another Power Therapy). Treatments are custom tailored to each person’s particular needs. My success rate is over 80% of clients reporting 60% to 100% reduction of symptoms after treatment.

PROBLEM:  A woman in her 30’s is afraid to have some mandatory surgery. She’s terrified of them putting the anesthetic tube down her throat, as in a previous surgery.

FEELING or BELIEF:” I will choke to death” (the belief). FEAR is the feeling. On a scale of one to ten, she rated the fear a ten, as she recalled the last operation (when she thought she was choking from the tube).

First, EMDR (another Power Therapy) lowered the fear. She said after processing with the Eye Movements that the fear went down to a level seven. The belief was, I will be alone (and die that way).

When we started EFT Tapping, I had her tap the set-up point on the hand and say with me three times: “Even though I am afraid I  will be left alone to die, and that I am helpless, and I judge myself for having this fear, I completely accept myself right now.”

We did one round of tapping on “This FEAR.” Then she reported feeling cold and alone. She remembered a skiing accident when she was lost in the snow for a few hours (where she felt she was surely going to die alone).

We tapped on different aspects of this incident for several rounds. Then she recalled other fears she’s had in her life, which we tapped on. Then we tapped on the humiliation she’s felt for having certain fears. Events that are attached to the same feeling (this type of fear) all come up, one after another.

After we had tapped on each one until it was gone, she measured her level of disturbance around that issue. It was now down to a two. We tapped on “this remaining fear” and it came down to a zero.

Then she made a deep sigh, and her face registered a sense of relief and peace. The new belief: “I am strong and have survived many things that would kill most people.” We tapped this belief in with several rounds. This strengthens the belief even more. 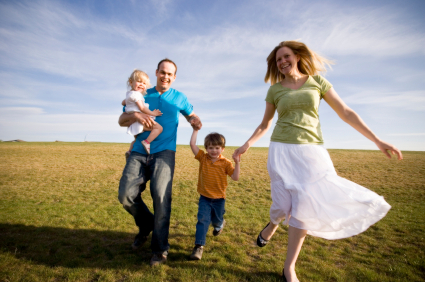 What was the process?

We  went back to the memory of the FIRST operation, where she got her tube phobia. She focused on this memory (and checked inside her body for the feeling that went with it). She reported she felt no fear at all.

I had her “run a movie” in her mind of this first operation, from beginning to end; and at the same time, she was to monitor her body for any feeling of fear. I asked her to tell me if she felt any sense of fear as she recounted the experience in detail. At one place in her story, she felt fear of about six. After several rounds of tapping on this, the fear went to zero. We then repeated this process with her “running a movie” of the original experience in her mind. This time she got all the way through the story with no feelings of fear. At the next session the fears were at zero as well.

Two later sessions Future Paced how she’d deal with the surgery with her family and office mates. Future Pacing is a way to create the behavior we want to have in a future situation, through imagery enhanced with EMDR and EFT.

What happened after the session?

She called me several months later to report that she’d gone through the surgery with very little fear. When she felt some fear, she tapped on it using EFT. And it went away. She was grateful for the work we did, because she was also able to ride the train to San Diego with her husband (something she’d never been able to do).

Eliminate Everyday Fear and Frustrations as they Arise

The most amazing thing about EFT – clearing these fears removes scary and self-limiting beliefs that have been driving a person their whole life. The beliefs that have the most power are unconscious, so they have to be carefully teased out. EFT can even be used with relationship issues.

I teach these simple-to-learn EFT techniques to all my clients, including children (who are very good at this) because I think it’s a wonderful tool for managing their anxiety and other negative emotions. People who learn to discharge their fears right away are pleased to discover they don’t have to be afraid of them any more.